After taking a break in December and January this regular series is back for a new year – albeit a couple of months late.

March’s selection will follow shortly like a London bus. And it won’t be too long before April’s makes an appearance too!

Another day, another Cloudwater DIPA. This one was brewed for their 2nd birthday and is by far my favourite beer they’ve ever done.

Made with a ton of Citra and the same J.W Lees yeast they used in the amazing ‘Threes Company’, my previous favourite.

It’s a thick and murky juice bomb; full of tropical fruits and dank hops but with a nice bitter finish that most of their DIPA series lack. 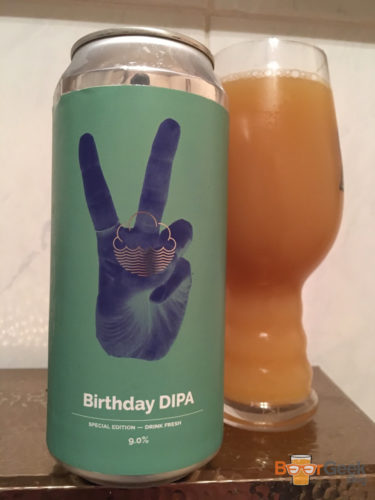 A bretted IPA from a Danish brewery that was brewed in California and Kentucky (at Drake’s Brewing Company and Against the Grain Brewery & Smokehouse respectively) before being fermented in Alaska with Anchorage Brewing Company.

It’s dry and pretty funky, like a hopped up super Orval. And that label! 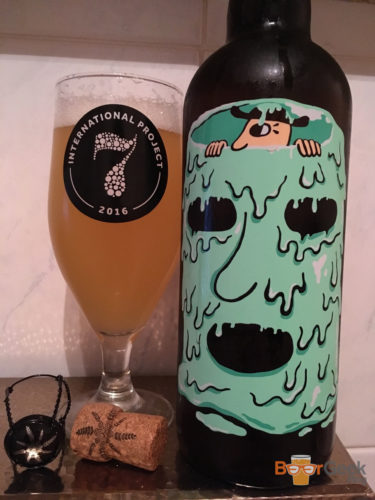 I’ve been a bit underwhelmed with lots of BrewDog’s new beers lately. But one thing they keep getting right are their small batch, keg only sour beers. Particularly the Blitz series.

I’ve enjoyed lots of them but didn’t expect to love this once since I’m not really a huge fan of strawberry or vanilla in beers.

But it’s actually my second favourite of the series (after Passionfruit). It’s rich and dense with a lovely thick and creamy mouthfeel. There’s loads of sweet strawberry and vanilla flavour with a sharp, sour finish.

Schlenkerla are the kings of smoked beers. They’re an acquired taste but one that I’m very glad to have acquired.

This doppelbock is made with oak smoked malts rather than beech that is used in their rauchbier.

A smoky, bacony aroma is matched by a smoky, meaty flavour with hints of caramel and a slight nuttiness. It’s complex but very drinkable.

I had this at about 2am on Super Bowl Sunday with a plate of ribs. A perfect combination. 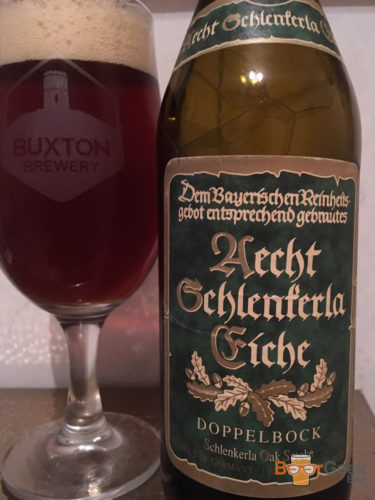 As the name suggests this is a bretted saison brewed with Szechuan peppercorns.

I wasn’t sure at first but it grew on me and is actually the most I’ve enjoyed a saison for a long time.

From the best saison I’ve had for a long time to the best IPA I’ve had for ages. Stigbergets seemed to appear from nowhere towards the end of last year and are totally smashing it at the moment.

I first had this hop bomb in early December and it was tasting just as good by mid February. Dank and fruity with loads of tropical grapefruit, pineapple & mango flavour and a citrus bitterness at the end. 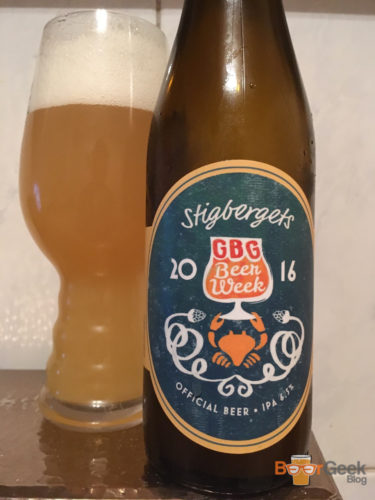 I’ve got a bit of a reputation for being a lover of barleywines and this BrewDog collaboration with Oskar Blues was one of my first a few years ago.

I was lucky to get hold of a few more bottles recently. It had been over two years since I last had it but it’s holding up well.

It’s less hoppy, obviously, more of a British style barleywine than the super hoppy American style it started life as. But its super smooth now with hints of vanilla I don’t recall from last time. 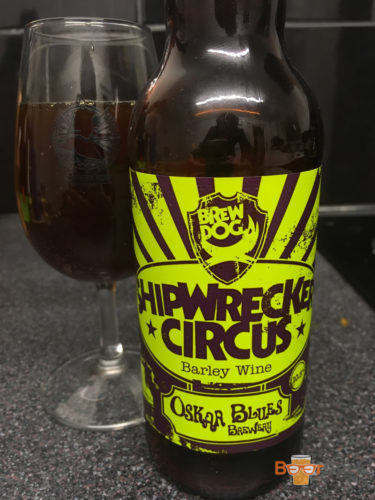 I’ve enjoyed bottles of this before but never on draft. You don’t see kegs of it very often, so despite only popping into The Grove for a quick afternoon drink I couldn’t resist it.

Wow, I’ve had this beer before but don’t remember it being anywhere near as good last time!

It smells amazing, all coffee and cocoa. Flavour is much the same with the addition of caramel and nuts. It’s got a touch of bitterness but mostly it’s all about the roastiness.

I’m genuinely struggling to think of a better porter.

I’d never heard of de Garde before last year’s Copenhagen Beer Celebration. But a couple of their beers ended up being my favourite of the entire festival.

So I was naturally excited when they held a takeover event at The Pilcrow in Manchester.

They brought four kegs of beers that were available on draft as well as some very special bottles. 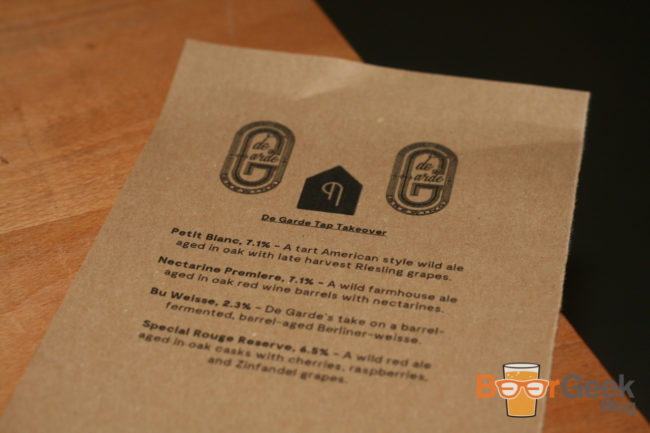 The draft beers were all excellent but the best by far was ‘Nectarine Premiere’. A wild farmhouse ale aged in oak barrels with nectarines.

Oh my. Everything about this beer is amazing. From the colour (second from the left below) and body to the exquisite taste explosion. I’m talking pure nectarine juice; sweet and sour, fruity, juicy and funky. 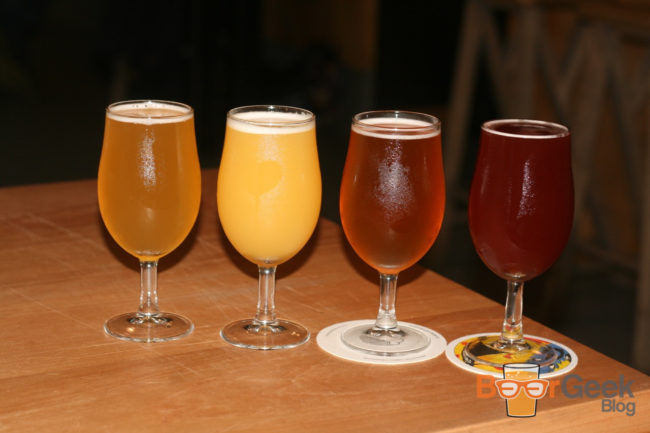 The tasting events were also brilliant. The best beer I had on the day was ‘Elements of Composition’. But since it was only a small pour and I was lucky to bag one of only 12 bottles (very expensive but worth every penny after tasting it) I’ll tell you about it for another time. 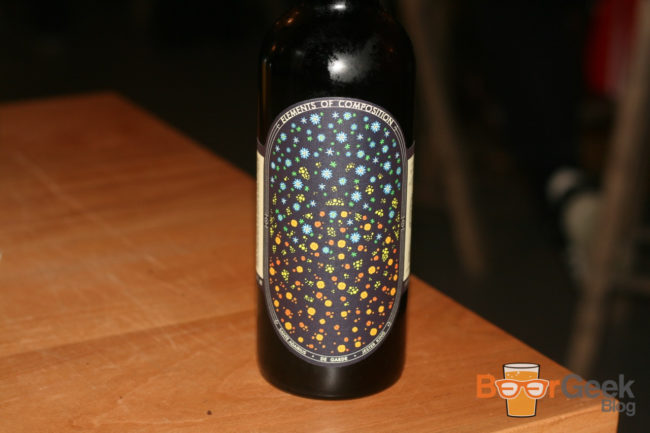 I remember liking this last year but I’ve no idea if it’s the same recipe or a totally different beer?

I do know that this one is a beautifully funky and juicy oak barrel aged sour made with foraged sloes and blackberries.

The sour fruits work so well with the oak from the barrel. It’s rich and complex but refreshing and easy drinking by Wild’s usual standards. Fantastic stuff. 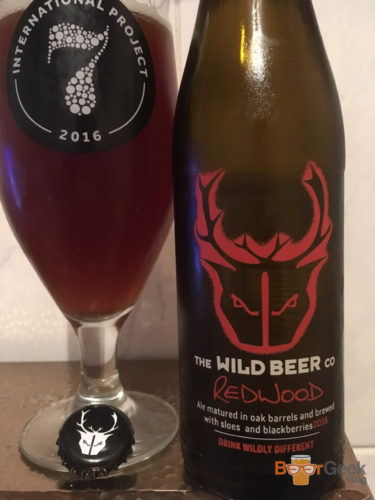 Another great barleywine. This one gave me flashbacks to drinking it at WarPigs BrewPub in a very sunny Copenhagen last summer.

It’s great; sweet and fruity with apple and caramel flavours. It feels so light for the style despite its abv being into double figures.

I’ve enjoyed all of the Mikkller single hop DIPA series. This is my favourite though, pretty much everything I want from a Citra DIPA. 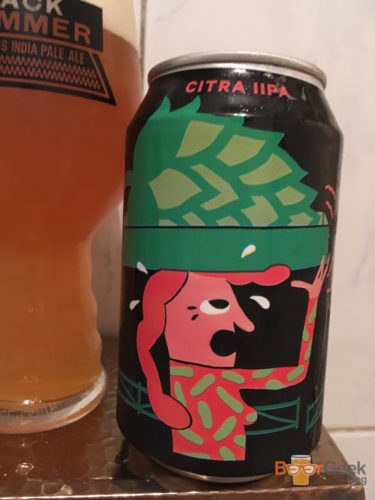 Strannik was my first ever Northern Monk beer several years ago. Back then it was an imperial stout but weirdly a different beer – a BIPA if I recall – appeared with the same name last year.

Thankfully it’s been reclaimed by the imperial stout and this ‘Campfire’ version is even better than the original.

It was so good I had it twice in a little over 12 hours.

These posts are only a fraction of the beers I love each month. Follow me on Untappd or Twitter for more: