Summer may be over now but it definitely wasn’t in September. Even in Scotland!

I can’t get enough of Alamanc, particularly their ‘Farmers Reserve’ series.

They’re all great but this is one of the best. A sour blond ale with yuzu, blood orange and… Buddha’s Hand (to save you looking it up, they’re an odd shaped Indian/Chinese citrus fruit).

It’s crisp, light and fruity. Tart and funky with a lovely subtle oakiness. 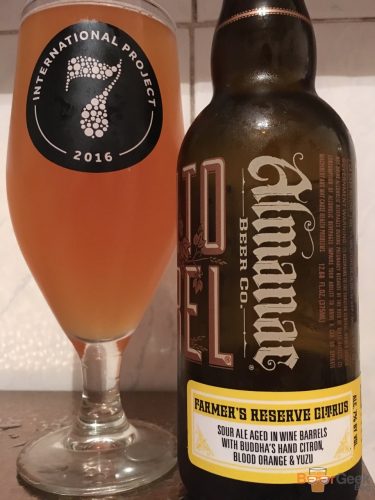 I wouldn’t usually dream of drinking a 2.5% fruit beer, let alone feature it in this list.

But great beer is all about context. I had this at DogTap during a brew day at BrewDog HQ in Ellon. Amazingly for Scotland it was pure blue skies and 30ºC.

Drinking this outside in glorious sunshine with Omnipollo style soft serve topping was heaven.

Obviously the context helped but the beer was genuinely better than I expected. Packed with flavour for such a low abv and not too sweet as I’ve found other Lindemans fruit beers to me.

This was full on fruity raspberry; slightly sweet but tart at the same time. 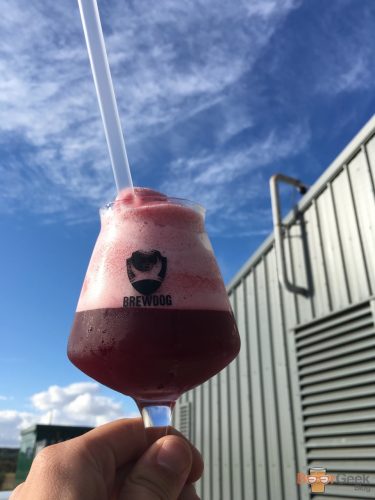 A big Belgian quadruple brewed by the monks of Abbaye Notre Dame de Saint-Remy. An all time classic and 100/100 on Ratebeer.

Aroma is caramel, raisin and spice. Taste is dark, rich, strong and complex but very well balanced. There’s berry and caramel sweetness and then a perfectly judged bitterness.

It’s relatively cheap and accessible too given how great it is. I like to have one every few months, especially in autumn and winter. 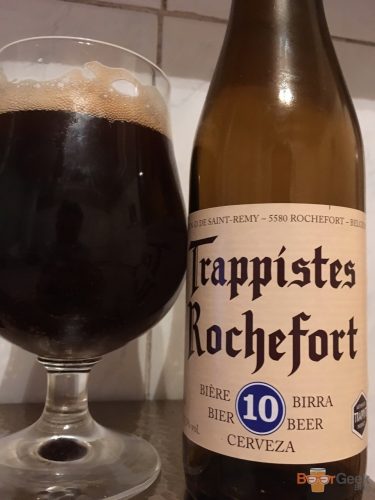 More bonkers dessert based creations from Buxton and Omnipollo.

I didn’t realise this was a sour beer but it was a pleasant surprise.

It looked amazing,the colour and shine on it. Aroma was all citrus, flavour was sickly sweet at first then a nice refreshing sourness hits you in the face. As you’d expect from these two it has excellent body.

Another 100/100 on Ratebeer and also the UK’s highest rated beer.

The 2013 version was one of my favourite beers last year and this is even better.

It’s deep, dark and sweet with dark fruit flavours and a bit of vanilla. The sweetness is perfectly balanced by a subtle coffee bitterness. It has an incredibly smooth and rich mouthfeel.

Being aged for five years has mellowed it out somewhat and made it altogether more rounded.

It’s just amazing to think it comes from such a tiny and generally unknown brewery.

The 2014 version has just been released. I’m lucky enough to have grabbed a few bottles and have a couple of the 2011 and 2013 versions left. A side by side tasting is on the cards. 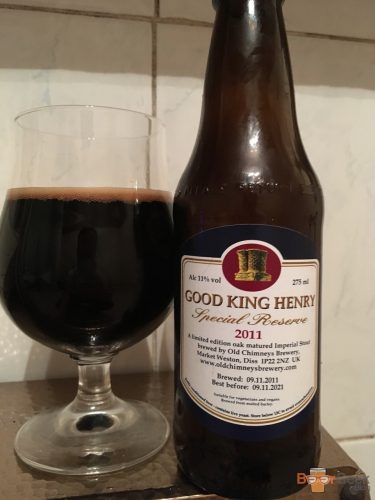 Most of this years Rainbow Project beers were underwhelming, a couple genuinely disappointing. This one wasn’t.

The ‘Blue’ beer in the series is a barrel aged ‘raw’ sour with added black and white peppercorns.

No hops, no boil and wild cultures were used to ferment before it was aged in re-charred bourbon barrels for six months.

The end result is unique floral, fruity and herby beer with a lip smacking sourness.

I’d even hadn’t heard of Wild Weather until recently. All of a sudden I kept seeing them being checked in on Untappd, so decided to check them out for myself.

I’ve had quite a few now and not been disappointed by any, but this one in particular is fantastic.

It’s easily as good as anything from the recent DIPA hype train. 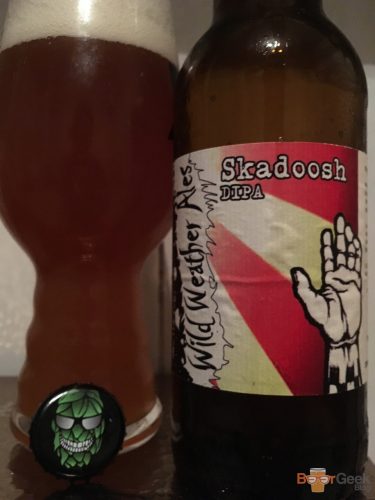 Nebuchadnezzar is one of my all time favourite beers, probably the first DIPA I fell in love with. Yet like the Westbrook Gose I’d never had it on draft before.

I made up for it in September by drinking it three times. Thanks to BrewDog and their Omnipollo takeovers. I had it at their bars in Manchester, Aberdeen and Leeds (ShuffleDog).

And what a DIPA it – still – is. Aroma is citrusy, piny and grapefruity. Like all Omnipollo beers it has a great mouthfeel. It’s very well hopped but has a solid malt background. It’s hoppy, citrusy, sweet then bitter.

A very accomplished DIPA and one that has been consistently good for many years.

And another classic. One that I’ve drank many many times from a can but never on draft before.

I couldn’t believe my luck as I sat in Cafe Beermoth and watched them put it on.

The aroma is sour, tart and slightly acidic. Flavour is more of the same; sour, tart and a touch of salt. Really refreshing and even better than the cans.

It’s no secret that I love To Øl and this is one of their best for a while.

A really difficult beer to describe. A sort of sweet, smoked coffee stout. Inspired by the ‘dimly lit and smoke filled coffee cafes of Copenhagen’, apparently.

It’s smooth, sweet, chocolatey, nutty and full of coffee and smoke. It’s unusual but really works. You’d never guess it was even close to 9%.

I had it twice at Leeds Beer Fest, not something I usually do at a beer festival.

Nobody likes to see people swinging bottles of Heineken on trains. Have some respect for the other passengers and drink a higher class of train beer.

They don’t come much better than this. Kernel are rightly praised for their fresh pales and IPAs but this imperial stout is perhaps their best beer. So good I had it twice in September (only once on a train).

I’ve been obsessed with this beer since tasting the Bourbon version in early 2014.

They’re all pretty special and this Hazelnut edition is no different. With a massive aroma of chocolate and hazelnuts. Taste is the same and more. Roasted malts, chocolate, vanilla and a touch of coffee. But mainly hazelnuts.

A big old barley wine from Mikkeller. Although it has actually dropped a few % ABV since last time I had it. From 18.5% to a paltry 16.5% now.

It’s still great tho, especially with blue cheese. Big and boozy, obviously, but does have quite a delicate flavour, given the strength.

Fruity and floral with sweet notes. There’s a very slight bitterness in there that keeps things nicely balanced. 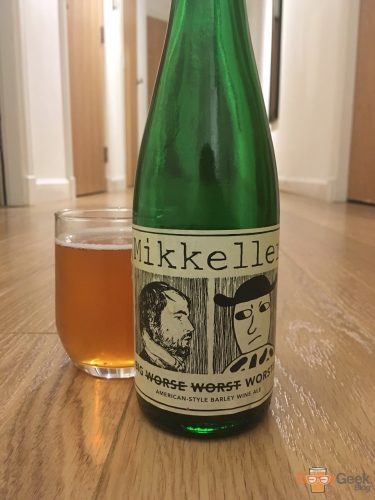 Another big beer that I’ve had from bottle but was very happy to see on keg at BrewDog in Aberdeen. So happy in fact that I went back for another the next day.

A smooth and rich imperial stout with lots of dark dark chocolate, vanilla and some liquorice. Mostly sweet but a bit of bitterness too. The abv is very well hidden. 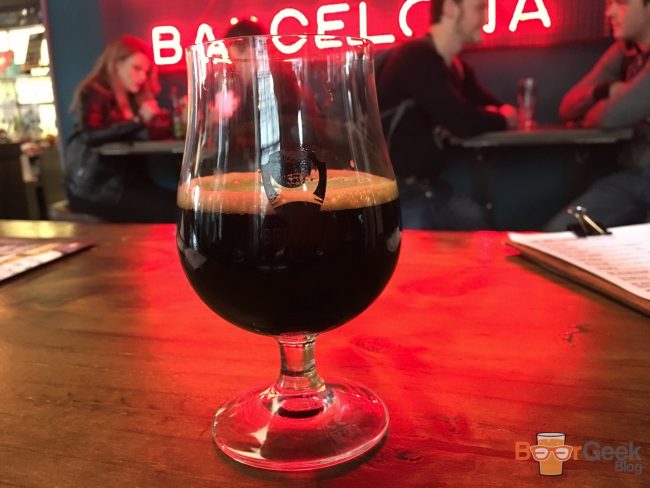 It’s not easy coming up with these lists. Follow me on on Untappd or Twitter to keep up with all my drinking.

Stoptober was originally a campaign to encourage people to quit smoking during October. In recent ...