Another month, another struggle to reduce 100’s of quality beers down to a concise list.

Next month promises to be an even bigger challenge with my birthday weekend, Magic Rock’s UnHuman Cannonball launch, BrewDog’s annual AGM and a boozy trip to London on the cards.

But that’s for next time, here are the best beers I drank in March.

I’ve got a bit of a reputation for being addicted to barleywine. And Anglo Mania was where it all began back in 2014.

I’ve had countless barleywines since, and Anglo Mania many times but this could end up being my last ever. It was only brewed once as a collaboration with Evil Twin Brewing and bottles have been thin on the ground for a while.

It took me ages to source three bottles for a recent supper club (review coming soon) and this was the last of my stash.

I just love this wonderfully rich, strong and boozy yet ridiculously drinkable beer. It has so much flavour from sweet malts and caramel to dark fruits and a slight hop bitterness. It’s full bodied with a fantastic almost creamy mouthfeel. 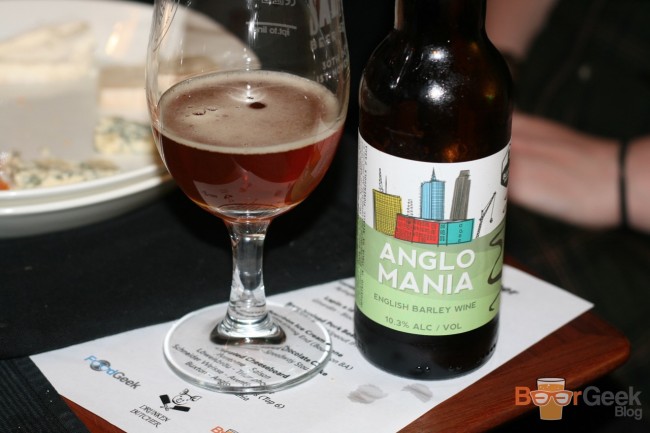 Somehow, I knew nothing about this beer until it was recommended by a friend recently.

Perhaps I’d overlooked it due to the frankly baffling 3.5 rating on Untappd? I’ve honestly no idea how that has happened. Ratebeer is more accurate with its score of 96.

Arabier has instantly become one of my favourite Belgian beers. Officially a ‘strong pale’ but it’s more like a Belgian IPA for me. Rich and full of flavours; yeasty, fruity, spicy & hoppy with a well-balanced bitterness.

Highly carbed, which took a while to get used to but actually felt great when I did, almost like drinking champagne.

Oh, and the bottle comes wearing a bow tie. 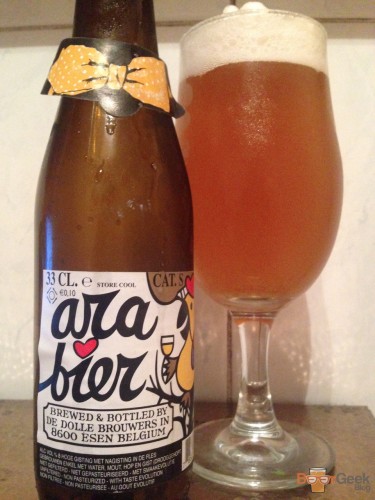 I had this much hyped, ‘must be drunk fresh’ imperial IPA in February when it was only a couple of weeks old. It was great then but didn’t quite make the cut.

Surprisingly, I actually preferred it when I had it a month later.

It was still full of citrus and tropical fruit flavours but was slightly softer and sweeter. Right up there with Buxton – Wyoming Sheep Ranch, BrewDog – Born To Die & Magic Rock – Unhuman Cannonball with the best British DIPA’s. 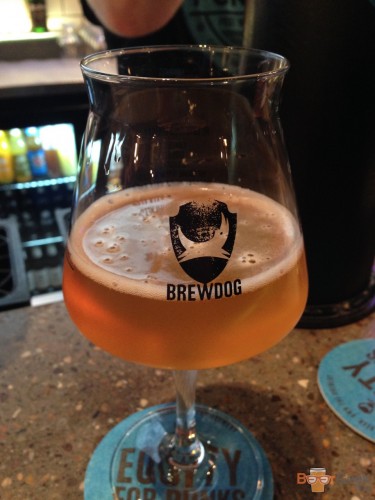 A dark beer designed to “evoke fond memories of wilderness and camping adventures” they said, “notes of chocolate and graham cracker topped with a hint of marshmallow will leave you wanting s’more.”

I’m not American enough to have sat around a campfire toasting marshmallows. But I have eat eaten a few S’mores in my time so I know exactly what they were trying to do with this beer.

They pulled it off too and delivered exactly what they promised.

An aroma of chocolate, vanilla and coffee and tastes of the same with marshmallow and molasses notes too.

It felt rich and full bodied enough to be an imperial stout but was only 6.5%!

Another barley wine, this time, barrel aged, something I’ve not been entirely sold on previously. I’ve always found that the barrel ageing takes away from that distinctive barleywine flavour, particularly when aged in bourbon casks as this was.

There was so much going on here. The aroma is all bourbon, it’s a prominent flavour too but also has sweet malts with some oak and vanilla. Really complex but well-rounded & very drinkable for 13%

It’s easily the best beer I’ve ever had from Lervig. 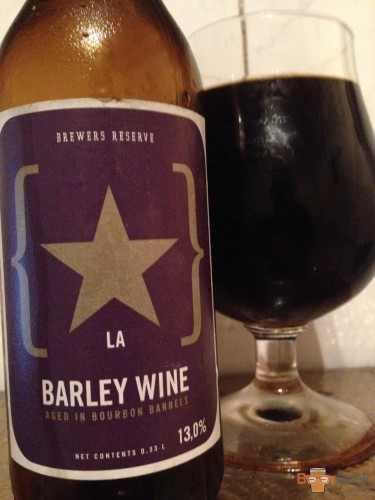 Pure Hoppiness is one of those beers. An uber hopped (and hyped) West Coast DIPA. With that distinctive sweet malty background and a huge hop profile. Think floral and pine with a refreshing bitterness and a dry finish.

I’ve said it plenty of times before but if I HAD to pick just one style of beer to drink forever, this would probably be it. 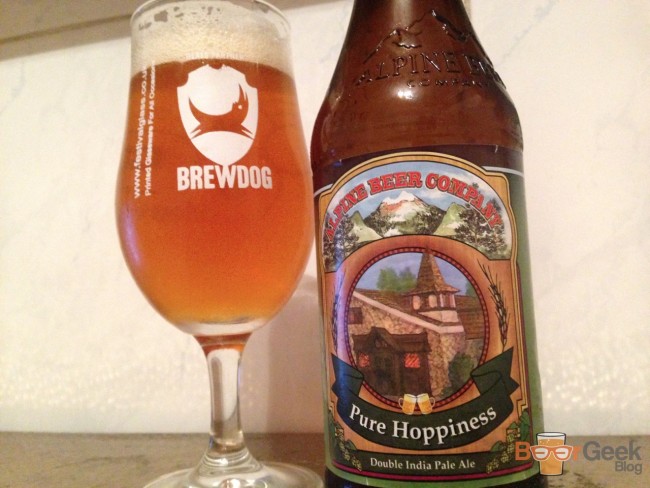 Another collaboration between Buxton and Omnipollo. An IPA brewed with cloudberries, vanilla and lactose sugar that promises to taste like ice cream.

It’s so fun, by far the most interesting beer for a while. Although it is definitely a novelty beer and half was enough for me.

I was a bit worried about Beavertown last summer but they seem to have recovered and are on a roll lately.

Double Chin was brewed for their recent 4th birthday and is apparently ‘Double Neck Oil’.

I’m not sure I get the resemblance, perhaps as well as Neck Oil was never my favourite beer.

Double Chin is a brilliant DIPA though, very well balanced. Quite sweet with tropical fruit at first but then it’s taken away by a big dank, piney bitterness

There are a lot of DIPAs around at the moment but this is right up there with the best of them. I just hope we get to see it again. 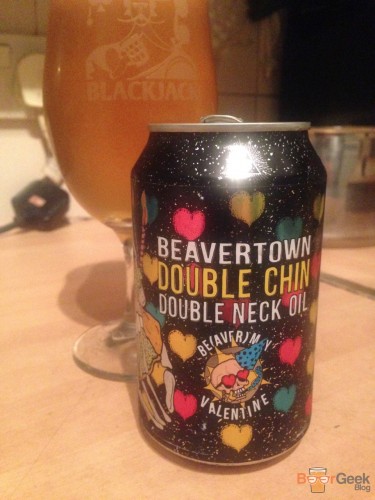 I know you’re not supposed to judge a book by its cover but I would’ve never bought this beer based on the label alone. It looks like one of those boring old traditional beers to me.

Plus I’ve only ever had a couple of Elgood beers before and they were incredibly dull supermarket standard.

I’m so glad that I did though as this was the most surprisingly great beer of the year so far. It’s a testament to the power of Untappd.

It’s a sour made with spontaneous fermentation, an ‘English lambic’ technically.

A highly complex beer; mouth-puckeringly tart, quite vinegar like but with a sharp, fruity flavour. Almost cider-esque at times and then flavours of wood, specifically oak come through. 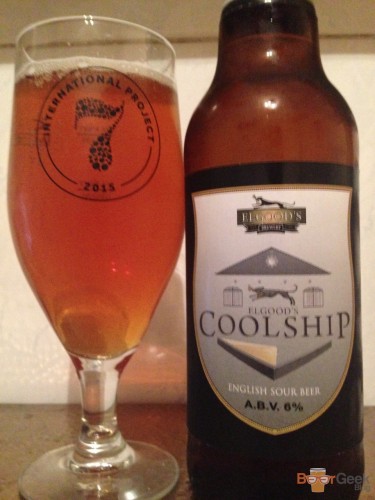 I’m currently working my way through the Tempest back catalogue and more and more impressed with every beer.

They all seem to be somewhere between good and great, across a wide range of styles too.

This one was great, cleverly it did remind me of marmalade. Rich, chewy, sweet and spicy with loads of orange and a hint of ginger. I’d like a touch more bitterness but enjoyed it all the same.

Officially a DIPA it drank more like a hoppy barleywine, which as you know is probably why I liked it so much. 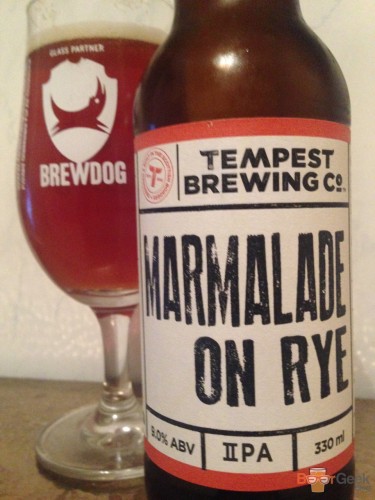 Narrowing down these lists is TOUGH. To keep up with all my drinking follow me on Untappd or Twitter: