The Best Beers I Drank In… FEBRUARY 2016

I hosted a supper club in February where I matched beers to a seven-course tasting menu. Most of the beers were pretty special (click here to see them all) and could’ve easily dominated this list. But as I’m going to be writing the event up separately I decided not to include most of them here.

There were a couple I just couldn’t resist, though.

Along with these other great beers:

I’d had this bottle for a while but been putting off drinking it. As although I love Omnipollo I feared this one would be too sweet for me.

I needn’t have worried. It was absolutely perfect. A simply stunning beer.

It pours thick and black. Smells sweet; milk chocolate with hints of vanilla and even marshmallows. The pecan pie notes are there too, though fairly subtle.

Taste is definitely sweet but nothing like I feared, it has a slightly bitter edge, keeping it nicely balanced. There’s a delicate nuttiness and a hint of coffee in the back.

It reminds me a lot of Yellow Belly, Omnipollo’s collaboration with Buxton. Both are very clever and easily in my top ten imperial stouts ever. 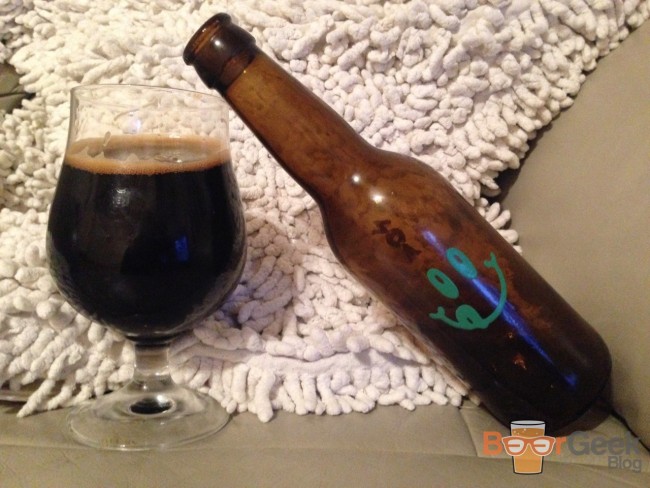 The first of those beers I just couldn’t resist from my supper club is Fantôme Saison.

After loving their bright green saison last month I was keen to try their more conventional offering.

I paired it with a couple of cheeses from the supper club final course, a curated cheeseboard. It was a great companion but an even better beer, one of the best saisons I’ve ever tasted.

It’s incredibly light and very refreshing but at the same time wonderfully complex. There’s the funky saison flavours that you’d expect but also layers of floral hops and spices.

Also from the supper club, this was paired with an imperial stout chocolate cake, a stunning combination.

It’s difficult to put into words just how great this beer is. It’s thoroughly deserving of its 100/100 Ratebeer score.

Aroma and flavour are predominantly chocolate and coffee. While it’s big and rich it’s also very drinkable and has a beautiful mouthfeel that only the best imperial stouts can manage. 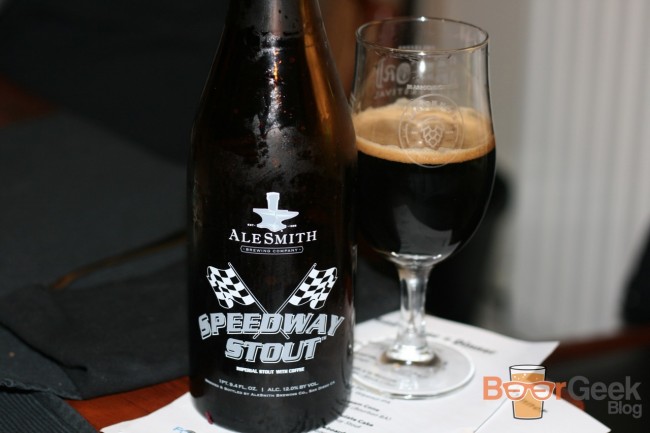 I attended a recent event at Manchester’s Cafe Beermoth where the guys from Founders came over to launch two of their new beers (review coming soon).

Both of those – Mosaic Promise and Azacca IPA – could’ve made this list but instead, I decided to include their classic Centennial IPA. A beer I’ve drunk many times before but never on tap.

That distinctive sweet caramel malty background is there but with an almost unrecognisable fresh hop profile that unfortunately you rarely get from a bottle/can in this country. It was more floral and citrussy than ever before and perfectly balanced.

A real classic U.S IPA, it was a gateway to craft beer for me years ago and deserves its place as a benchmark for the Beer Judge Certification Program of America. 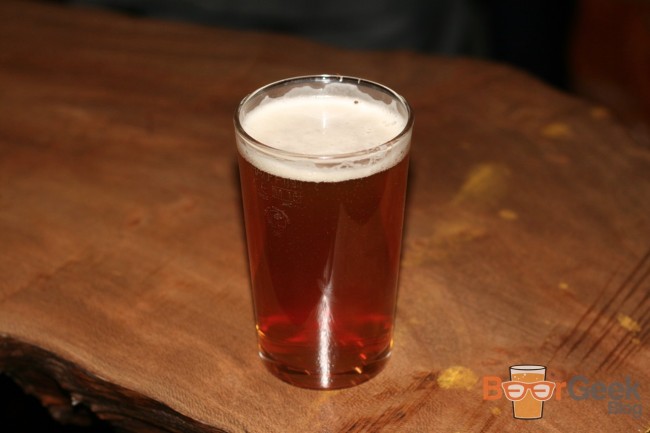 At the same time as the aforementioned Founders event at Cafe Beermoth, my favourite international brewery To Øl had taken over the taps at Northern Quarter pizza joint PLY.

Being only a short walk away I made time to pop over for a quick pizza and drink.

There were six To Øl beers on offer, I went for the potent ‘Smoke On the Porter, Fire In the Rye’. A smoked, rye, chilli imperial porter.

It was every bit as big and complex as its description suggests but somehow still totally drinkable.

Quite sweet initially before the other flavours kick in, then there’s the spiciness of rye with more traditional roasted malts and finally subtle smoke and heat from the chipotle.

A perfect match for my spicy nduja pizza. 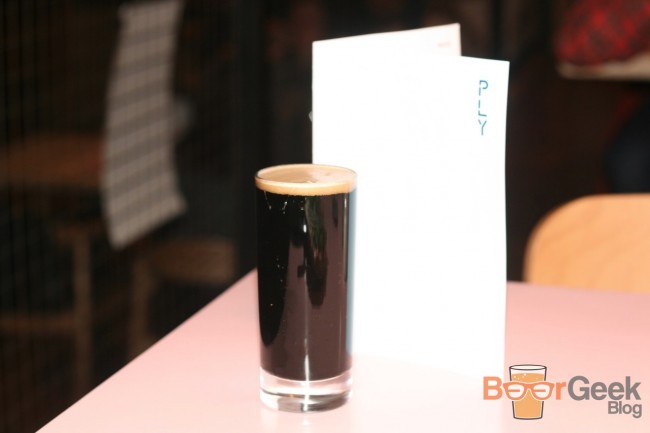 I’ve long held the belief that this is the UK’s best black IPA. And getting a bottle that was just SEVEN days old did nothing but reinforce that view.

Due to its extreme freshness, it was much more IPA than black and all the better for it.

The dark roasted malts were there but more in the background, it’s really all about the hops, citrus and pine in abundance. 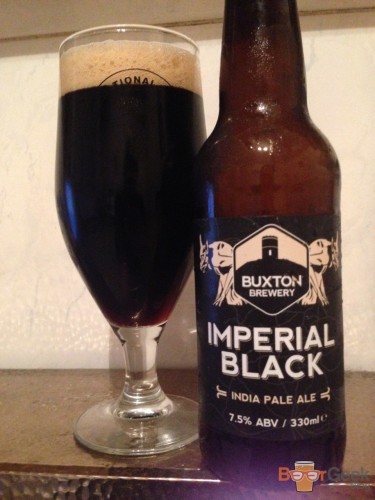 This sour DIPA was one of my highlights of last year. It made my top monthly roundup in September and I’ve loved it every time since.

I was very happy to find it on keg in Gaslamp recently, especially as it’s even better than out of a bottle.

Last month I proclaimed Amager as front runners for my 2016 international brewery of the year. I’ve enjoyed several of their IPAs but this was my first dark beer from them.

And oh my, what a beer! I hope I’ve not peaked too early but the others have a lot to live up to.

A dark, rich and creamy imperial stout that doesn’t taste even half of its double figures ABV. Flavours are chocolatey with coffee and a hint of spice. The creamy texture made it superbly drinkable. 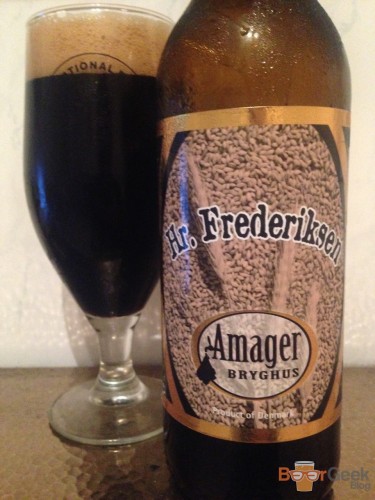 Pompelmocello is a sour grapefruit IPA. Not dissimilar in taste to To Øl – Nelson Survin, though a little lighter.

It’s incredibly juicy and lip-puckeringly tart but has a slightly sweet edge to round it off nicely. There’s a lovely full mouthfeel too.

There’s been a lot of hype about Cloudwater’s DIPAv2 lately and while I agree it’s a great beer, for me it wasn’t quite as good as v1 or other top end UK double IPAs.

The Cloudwater beer I’ve enjoyed the most recently was the regular IPA from their winter range. A textbook example of the new wave of West Coast USA IPAs. Huge hop aroma; loads of dank pine and citrus and a real dry finish. 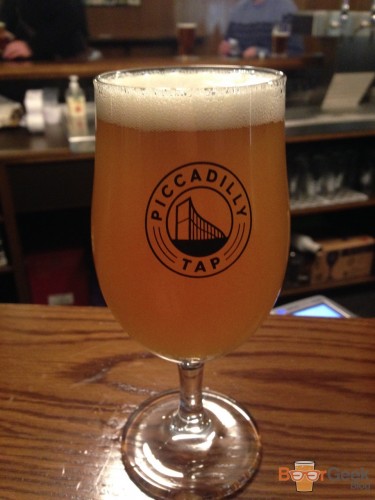 Speaking of Cloudwater IPA’s, I received an early sample of their upcoming Spring/Summer IPA. Made with their new yeast strain – from Vermont I believe – and loaded with Citra hops it was tasting pretty great. A super fresh and juicy IPA with big peach notes and that distinctive Citra flavour. I’m looking forward to trying it again now it’s been officially released. 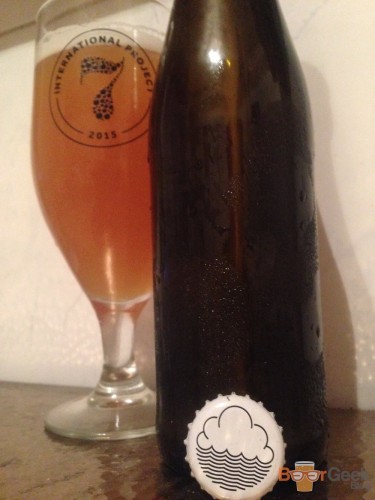 And finally, another DIPA. This one has been a long time favourite of mine and one of those ‘WOW’ beers the first time I had it years ago.

It’s maybe slightly less impressive now that I’ve experienced so many other similar beers but it’s always enjoyable and still an excellent example of the style.

Really well balanced, with sweet caramel malts in the background and citrus, tropical fruits and pine on top. When fresh DIPAs don’t come much better than this. 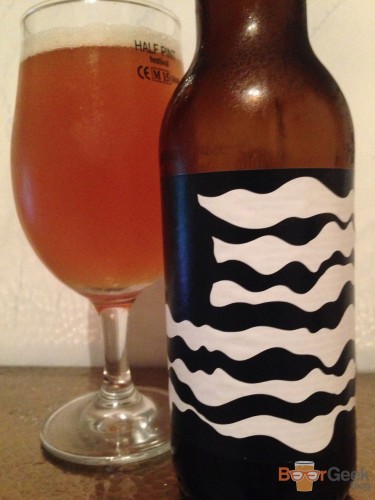 Narrowing down these monthly lists is HARD. To keep up with other stuff I’m drinking add me on Untappd or follow me on Twitter: