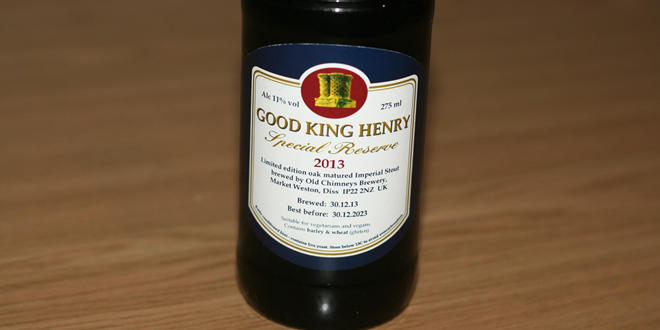 With all the beer related events, pub/bar reviews and my regular monthly ‘best of’ roundup, it’s been a while since there was an actual beer review around here.

What better way to resolve that than with the UK’s #1 beer on Ratebeer.com and the only UK beer currently in the World Top 50.

Old Chimneys are perhaps one of the UK’s longest standing craft breweries having been established way back in 1995.

Head brewer Alan Thomson has close to 40 years experience after working with a number of breweries before starting Old Chimneys. The brewery still operates from his home in Suffolk making them one of the smallest UK breweries too.

But that doesn’t stop him producing fantastic quality beers.

I’m fond of Good King Henry, the regular version of this imperial stout. This ‘Special Reserve’ is stronger and barrel aged for two years before its annual release each Autumn.

As mentioned above it’s been the UK’s #1 beer on Ratebeer for several years as well as the only UK beer in the World Top 50. 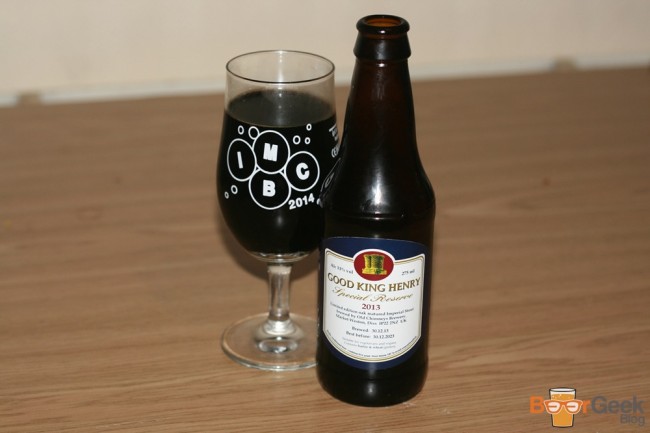 It pours thick and totally black. Aromas are mostly roasted malts, slightly sweet with some dark fruit in there too.

The taste is sublime; dark chocolate, espresso and dark fruits are most prominent. There’s a lot going on yet it remains beautifully balanced. It’s obviously a big beer but doesn’t taste massively boozy.

For me, its best feature is the mouthfeel. It’s thick, rich and creamy, feels luxurious.

All in all, this is one incredible beer and well worth of its acclaim.

It’s pretty rare due to its limited release, these 2013 versions are probably long gone, but I highly recommend you keep a look out for the 2014 vintage next Autumn, I know I will be.

The Best Beers I Drank In… NOVEMBER 2015