It’s not been easy coming up with a shortlist for this regular ‘best beers’ post in previous months but this time has been particularly difficult.

With another trip to Magic Rock Tap and the fabulous Grove pub in Huddersfield as well as a takeover by Swedish brewery Omnipollo at the equally excellent Buxton Tap House and finding an amazing craft beer bar whilst in Venice there were plenty of options.

Either of those days alone could’ve easily contributed ten beers each.

But I somehow narrowed the list down to these 12…

As you can see from the photo above we ordered one of everything from Magic Rock Tap and this was the pick of the bunch.

The bourbon barrel aged version of Bearded Lady was in last months list but for me this is even better.

The same imperial stout is aged for 12 months in Pedro Ximinez sherry barrels. Giving it sweet grapey flavours, which complement the rich, chocolate and booziness perfectly.

It’s ridiculously smooth and stupidly drinkable for such a big beer.

Buxton have long been one of my top UK breweries and there’s nowhere better to order their beer online than from Eebria. Unlike most websites orders are sent directly from the brewery, meaning stock is almost always as fresh as possible.

My latest order was as good as it gets with super fresh ‘Imperial Black’ and a gorgeous three week old bottle of IPA ‘Axe Edge’.

A Black IPA really benefits from this sort of freshness, the hop profile is so much more pronounced giving it a huge fruity aroma and taste to stand up to the rich, dark maltiness.

I’m no expert when it comes to certain beer styles and bock in particular is one I have limited knowledge of.

So besides the strength pretty much the opposite of this beer; a unique 13% sour made with fresh raspberries.

I don’t really care if it’s a bock or not though, it tasted fantastic and is definitely the most unusual beer of the month.

The bottle menu at The Grove is second to none. And if you spend some time browsing it there are some real bargains to be had.

Like this stunning gueuze that has a Ratebeer rating of 100 yet cost under £10 for a 750ml bottle.

I’m afraid I don’t have the vocabulary to do this beer justice. Similar to legendary Cantillon, it’s tart and complex – with a range of flavours from citrus to spice, floral to herbal – yet at the same time so very drinkable.

Wild Beer Co – The Blend Summer 2015 (Keg at The Smithfield)

I finally made it to the reopened Smithfield Tavern (now run by Blackjack brewery) for the launch of Runaway’s ‘Summer Saison’.

That didn’t quite make the list but ‘The Blend’ by Wild Beer certainly did. Even in a month where I drank some of the world’s best sours this stood out.

It was made by cleverly mixing – or blending – five different beers, each having been fermented with different wild yeasts and aged for varying amounts of time.

Resulting in a highly complex beer with a great depth of flavour but one that’s also very refreshing.

I’m a big Omnipollo fan, along with Mikkeller and TOØL there’s something about these sort of Scandinavian beers that just does it for me.

Despite being on a Thursday afternoon I couldn’t miss the chance of an Omnipollo takeover at one of my favourite places, Buxton Tap House.

With 12 Omnipollo beers – including their peanut butter biscuit stout collaboration with Buxton, ‘Yellow Belly’, and the launch of a new version, ‘Yellow Belly Sundae’, there was a lot to get through.

Several of those beers could’ve made this list but in the end I went for Magic #4:21, an outrageously fruity IPA ‘smoothie’.

Made with mosaic hops it was bursting with raspberry and vanilla flavours and had lactose added to give an unusual smoothie like texture.

I had to double check that the second Omnipollo beer was actually alcoholic. Had I not been in a bar I could’ve easily mistaken it for lemonade.

A light pale ale brewed with fresh lemon juice. And boy did it taste of lemon, I can imagine it’d be too much for many, especially in a pale as the lemon tartness was right up there with the sourest of sour beers.

I absolutely loved it though, delicious and refreshing. I’d love some cans of it on a hot summers day.

I’ve still not quite got over the novelty of having quality craft beer available in cans, especially 10% imperial stouts.

I’m glad you can though, they’re so portable there’s no excuse not to have good beer available at all times. Like when I was staying in a hotel recently, instead of suffering with terrible room service I simply took some decent cans with me, including this.

It’s as dark as beer can get; pours thick, viscous and tar like.

Flavours are chocolate, caramel and coffee with a lovely mouthfeel from flaked oats and roasted barley. There’s warmth from the booze, it’s much more suited to a cold winters night but I loved it nevertheless.

Amager aren’t going to win any prizes for their labels (I guess Mr Lucas wouldn’t have allowed Chewbacca on the bottle anyway) but this is a quality IPA with a cool name for all the Star Wars fans out there.

I’m not usually a fan of sorachi hops, I just can’t get past their coconut-ness but they work well here in conjunction with citra, centennial & amarillo. They form a really distinctive fruity combination with a textbook IPA bitterness.

There’ve been a lot of Siren collaborations lately; I’ve enjoyed most but none more than this Magic Rock collab.

The vanilla was fairly subtle (a plus for me) while the pecans were perfect with the maple and bourbon. It was the maple syrup that was the dominant flavour up front, I worried it’d be too sweet but the big boozy kick came in at the end and rounded everything off nicely.

After a few days of fairly average supermarket beers around northern Italy it was great to find quality craft beer when I visited Venice.

I spent several hours at Il Santo Bevitore, a brilliant bar with a great range of taps and bottled beers.

The best of the bunch from the taps was Zona Cesarini, a very hoppy IPA with tons of tropical fruit flavour.

After drinking my way through most of the taps I moved on to the great range of bottles.

Including Orval, regarded by many as the best beer in the world, including Mikkeller founder Mikkel Borg.

I wouldn’t go quite that far but it’s very good and I really love the fact that the brewery makes only one beer.

I also like that each bottle is always slightly different, not just because the batches vary a little but also the age of the beer makes a significant difference.

This was a fairly fresh bottle which gave it a lighter more saison like flavour than the full on funky wild beer I’ve experienced in an older bottle. 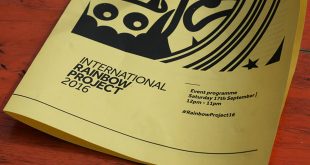