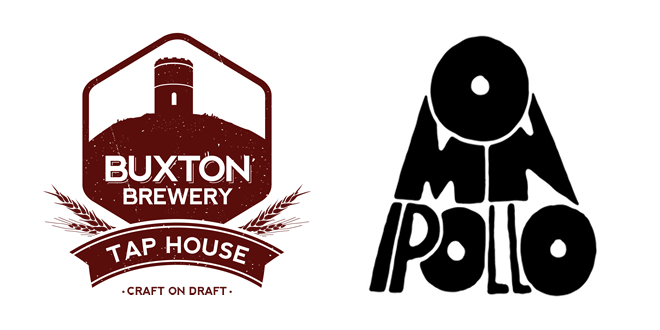 I try not to drink too heavily during the week; it does nothing for my productivity the next day. But when I heard about Swedish brewery Omnipollo taking over Buxton Brewery’s Tap House for the day I just had to be there, despite the fact it was a Thursday.

I don’t have a single favourite brewery but Omnipollo are always around my top 5 – 10, along with their Scandinavian neighbours Mikkeller and To Øl from Denmark. 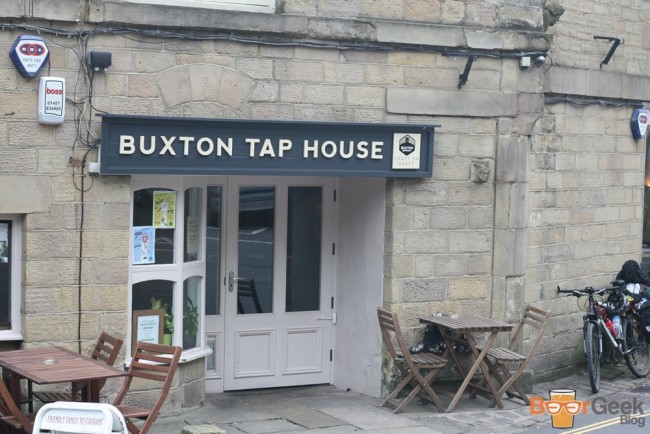 Excitement increased further still when the fantastic beer list was released.  Although when I realised the 12 Omnipollo beers had an average abv of 8.1% I feared for my Friday morning even more. 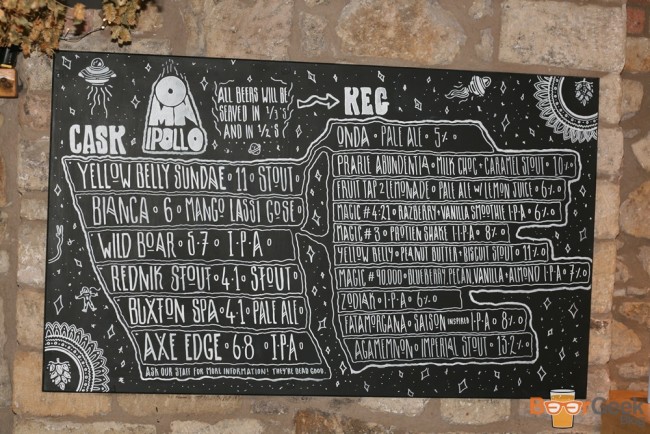 We arrived in the beautiful Derbyshire spa town after the 60 minutes or so scenic train ride from Manchester.

With some dauntingly high abvs to come we began sensibly with ‘Onda‘, a nice light 5% pale ale brewed with wheat, honey and tons of mosaic hops.

We were off to a fantastic start; the wheat contributed to a lovely full bodied and rich mouthfeel while the abundance of mosaic hops made for a super fruity and hoppy American style pale.

Followed by ‘Bianca Mango Lassi Gose‘, another relatively respectable abv at 6%. I love a gose and this was enjoyable but not up there with the best. I liked the sour mango flavour with a touch of salt and like the ‘Onda’ it had great body. But I felt serving it on cask was the wrong decision, it was too warm and a bit flat, I imagine I’d much prefer a keg version.

Then it was time for one of the big boys, ‘Yellow Belly Sundae‘, a collaboration between Omnipollo and Buxton themselves, following on from the success of ‘Yellow Belly‘ last year (which was also on and tasting great).

This time I totally approved of serving on cask as it was incredibly smooth. It tasted amazing, like a complex, boozy chocolate milkshake (albeit nothing like the 12% it actually was!)

I found it wasn’t as sweet as I expected and actually had quite a surprising bitter aftertaste. It was interesting to try side by side with the original version which is definitely sweeter.

Then another imperial stout and another collaboration too; ‘Omniprairie‘ is a collab with American brewers Prairie Artisan Ales from Tulsa.

This was a ‘milk chocolate caramel stout’, actually brewed with fresh salted caramel sauce, vanilla and cocoa nibs. Essentially a dessert in beer form. It was much sweeter than the last, but just about stayed on the right side for me.

And my beer of the night, ‘Fruit Tap 2 Lemonade‘. A sour pale brewed with fresh lemon juice. It actually starts of fairly light but then the eye watering lemon tartness hits you, in a good way. It’s hugely refreshing and so drinkable despite it’s 6%. 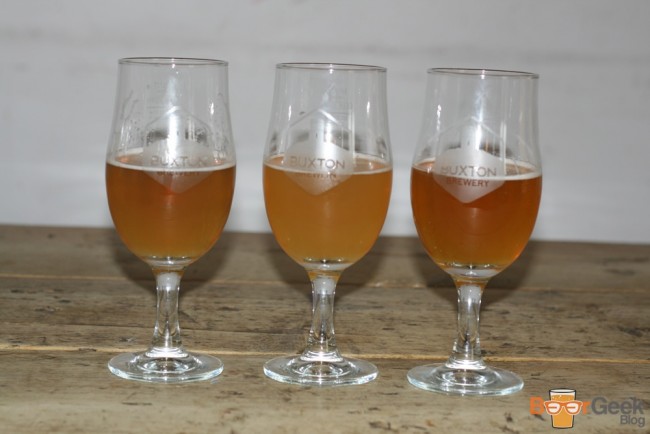 There wasn’t anything I actively disliked but a couple of the beers didn’t really do it for me.

‘Agamemnon‘ is a 13.2% bourbon barrel aged imperial stout brewed with maple syrup. On paper it was right up my street but despite the maple there wasn’t even a hint of sweetness.

It’s obviously a quality beer and I am a fan of big boozy stouts and barley wines but this tasted too strong even for me.

The other was ‘Magic #3 – Protein Shake‘, an 8% IPA ‘brewed with ‘almost pure isolated protein’. I’ve no idea what that actually means but it was a peculiar drink.

Not comparable to anything I’ve ever had before let alone an IPA. With a weirdly chocolatey aroma and a sweet, milk stout sort of taste.

I might not have been sold on the protein shake IPA but my second favourite beer of the night was an equally intriguing ‘Smoothie IPA’.

‘Magic #4:21‘, made with mosaic hops was bursting with raspberry and vanilla flavours and had lactose added to give it its unusual smoothie like texture.

Good but not quite as good was ‘Magic #90000‘. Another smoothie IPA, this time blueberry, pecan, almond and vanilla flavoured. Again sweet and fruity with that unusual creamy mouthfeel from lactose.

It wasn’t just a day for great beer though, the food was excellent too.

On previous visits I’d always found it decent but fairly basic. The same couldn’t be said about the special one off menu for this event though.

With 8 small plates available it seemed ordering one of each was the only sensible thing to do.

Everything was delicious but there were a few real stand out dishes including the ‘Grilled Goasts Cheese Brushcetta’ with tomato, fig and raspberry and the stunning ‘Braised Beef Cheek’ with horseradish cream.

After successfully working our way through all 12 Omnipollo beers on the menu we even had time to try Buxton’s new ‘Red Point‘.

The red IPA more than held its own against all that came before it. With toffee malts, juicy tropical fruits, and loads of pine it’s a brilliantly balanced IPA.

And perhaps foolishly, took advantage of the takeout discount and bought ‘Berry Saki Bastard’ for the train.

A double IPA fermented with Sake yeast, infused with fresh raspberries and aged in white wine barrels for a year. Yes, it’s as mental as it sounds but very enjoyable and a perfect end to a great night. *

It’s fair to say I had a brilliant time. There are few places I like to drink at more than Buxton Tap House anyway but the range of beers on this occasion was outstanding.

The quality of the food was a very welcome surprise and overall it was a fantastic event.

I’m afraid to say I woke up on Friday morning with a pretty bad headache, but it was well worth it.

* The night didn’t actually end there but rather continued in Piccadilly Tap and then at home with barley wine. It’s possible that this may have contributed to the headache. 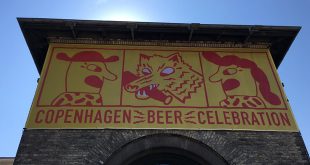 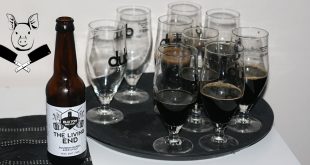 I like to eat out, a lot. Usually, in restaurants but a few years ago I ...